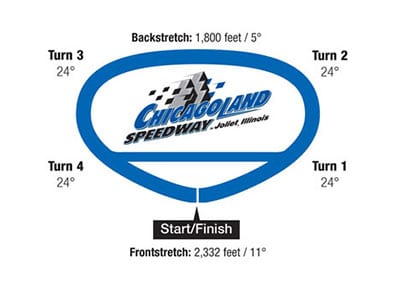 Choose your Chicagoland Speedway Driving Experience or Ride Along Experience to begin booking. If you’re giving as a gift or are unsure about a date, you can purchase a gift voucher and you or the recipient will have 90 days to return to the website or call 855-227-8789 and book a date. 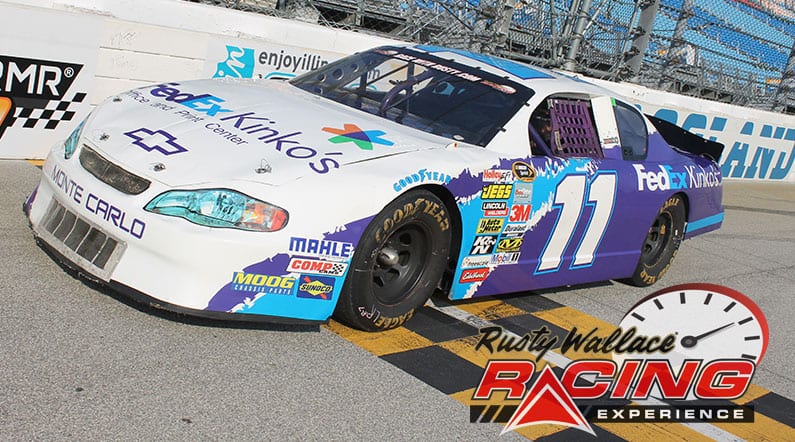 Chicagoland Speedway, located in Joliet, Ill., is only 40 miles from the birthplace of automobile racing in America. The first automobile race between gasoline-powered vehicles ever held in the United States actually took place on Nov. 28, 1895, when six cars left Jackson Park in Chicago for a 54-mile race to Evanston, Ill., and back in the snow. Frank Duryea took just more than 10 hours, averaging 7.3 mph, to win the race and earn $2,000. Chicagoland Speedway has 18-degree banking in its turns. The 2,400-foot frontstretch has 11 degree banking and the backstretch, which runs 1,700 feet, is banked at 5 degrees. It takes NASCAR’s top drivers less than 30 seconds to speed around its 1.5 miles in qualifying trim – Jeff Gordon set a track record in qualifying for the 2004 Tropicana 400 at 28.886 seconds, an average speed of 186.942 mph.