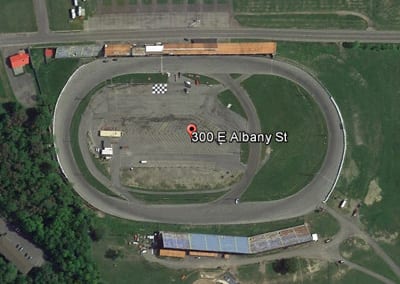 Choose your Oswego Speedway Driving Experience or Ride Along Experience to begin booking. If you’re giving as a gift or are unsure about a date, you can purchase a gift voucher and you or the recipient will have 90 days to return to the website or call 855-227-8789 and book a date. 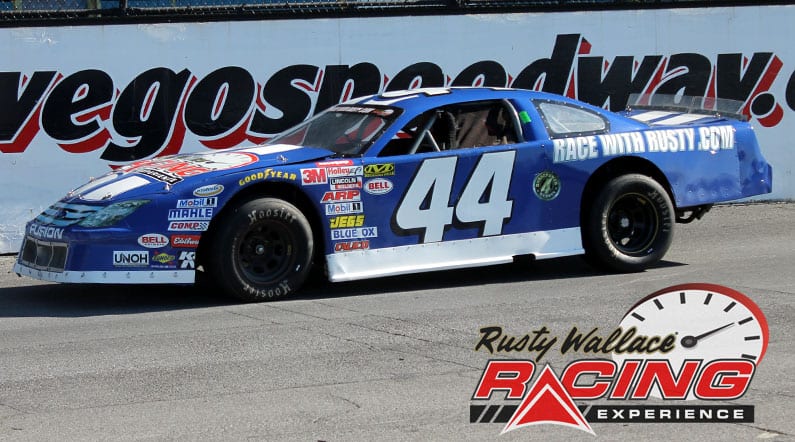 The Oswego Speedway (nicknamed “The Steel Palace”) is a race track in Oswego, New York. It was built in 1951 and today is an asphalt race track. The track is the Labor Day Weekend home of the 200-lap, non-wing, big-block supermodified Budweiser Classic and Race of Champions (a modified touring series event). Oswego Speedway also hosts the annual “King of Wings” event for winged supermodifieds. In 2016 Oswego Speedway hosted the 45th edition of World Racing Group’s Super DIRT car Series Super DIRT Week. The speedway was covered by approximately 6,900 cubic feet of clay for DIRT car modified drivers to compete in the NAPA 300, the richest dirt modified race in the world.

Unpaved, open-field parking is available on both sides of Albany Street to the north and east of the “oval” track surface. (It is not truly an oval, but is more of a “four-corner” track. Banking is about thirteen degrees.)

The unique configuration of sweeping turns and a wide racing surface make two and three-abreast racing a common sight at Oswego. Steel walls surround the outside and inside of the track with the infield area almost completely paved for competitors. Steel grandstands line both the front and the back of the race track. Complete spectator capacity is in excess of 15,000 people. Most of the front grandstands are covered by a roof and protected by a safety screen.